A History of the English Electric Lightning XP745

Anyone familiar with Vanguard Self Storage will know that we’re extremely enthusiastic when it comes to storage – especially for the storage of our prized military vehicles and other classic pieces. A key part of our collection we’d like to introduce you to this month is the only UK designed and built fighter plane capable of reaching Mach 2: The English Electric Lightning (XP745), taking pride of place in our Bristol self-storage facility.

The F3 XP745 is a special piece for Vanguard because this particular model was first built in 1964 – the same year that Vanguard itself started! 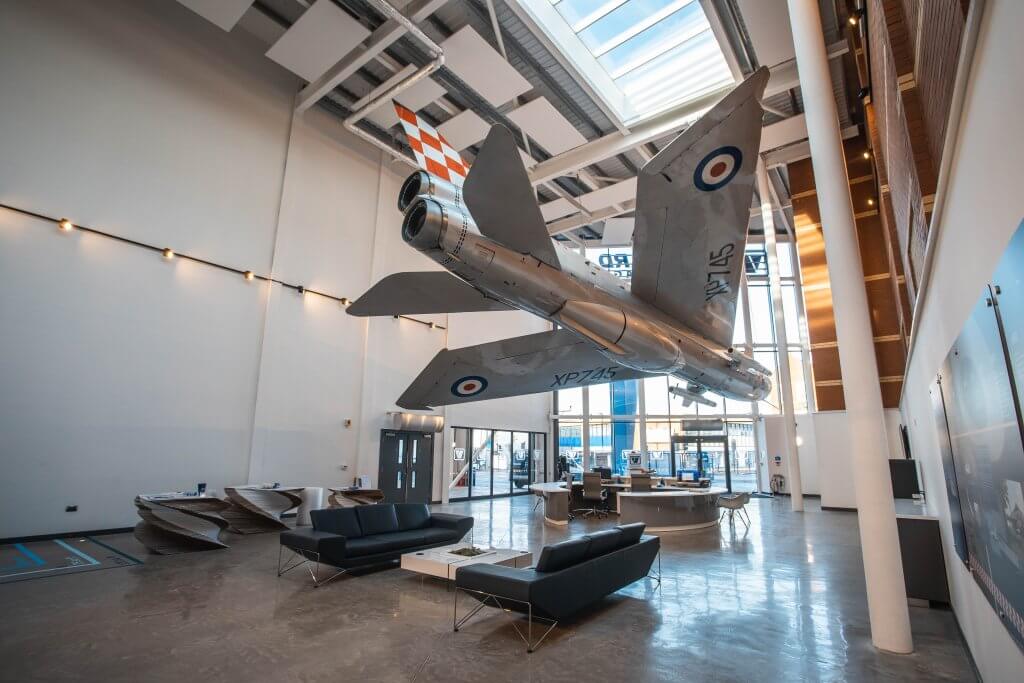 A Brief History of the Lightning

4th June 1971  Category 3 damage again this time due to an engine fire on start. Returned to operations on 7th March 1972.

October 1976  Moved by road to Boulmer, Northumberland, for display purposes; allocated the instructional airframe serial 8453M. Restored in 29 Squadron colours and unveiled at the station on 14th December 1976.

November 1992  Put up for disposal. Replaced on the gate at Boulmer by Phantom FGR.2 XV415.

April 1993  Acquired by Vanguard at a sealed bid auction. A team of our engineers carefully completed a “nut and bolt” disassembly of XP745 before transporting the aircraft back to our warehouse in London for safekeeping.

19th March 2019  XP745 transported from Essex to Bristol on three vehicles including a wide load.

19th June 2019  Reassembled over the course of a week by the team from RAF Coningsby.

26th June 2019  Lifted into position by the team from Unusual Rigging. After several tweaks, the final banked position was agreed.

Following a 16-year stint as a “gate guardian” at RAF Boulmer, XP745 was put up for disposal in November 1992. It was acquired by Vanguard for the princely sum of £1,500 and in April 1993 a team of engineers was sent north to Boulmer to complete a “nut and bolt” disassembly of XP745 and transport the airframe to Vanguard’s warehouse in West London.

Over the years, Vanguard had several plans to display the Lightning, however, none ever came to fruition. It wasn’t until mid-2016 that we decided to create an atrium in order to permanently display the Lightning at our store in Bristol. After over 20 years of storage, the Lightning was overdue for a facelift and some restoration work. Vanguard got in touch with Dave Blissett and Max Waldron, two of RAF Coningsby’s experts; what they don’t know about Lightnings isn’t worth knowing.

Although the Lightning had been stripped internally of several “spare parts”, the airframe remained in remarkably good condition with minimal corrosion. A number of items needed to be replaced but nothing too challenging to source. Between November 2016 and January 2018, the team from RAF Coningsby would travel down to London at weekends in order to work on restoring the airframe.

In January 2019, the aircraft was due to be delivered to a paint facility at RAF Marham, but at the last minute, the facility was no longer available and meant a frantic search for a suitable venue.

Finally, Vanguard were pointed in the right direction by an aircraft refurbishment specialist and contact was made with Weald Aviation who operate out of premises on North Weald Airfield. Within days, arrangements had been made for suitable trailers to collect the dismantled aircraft from West London and deliver into the safe hands of Weald Aviation.

The 5 Phases of Refurbishment 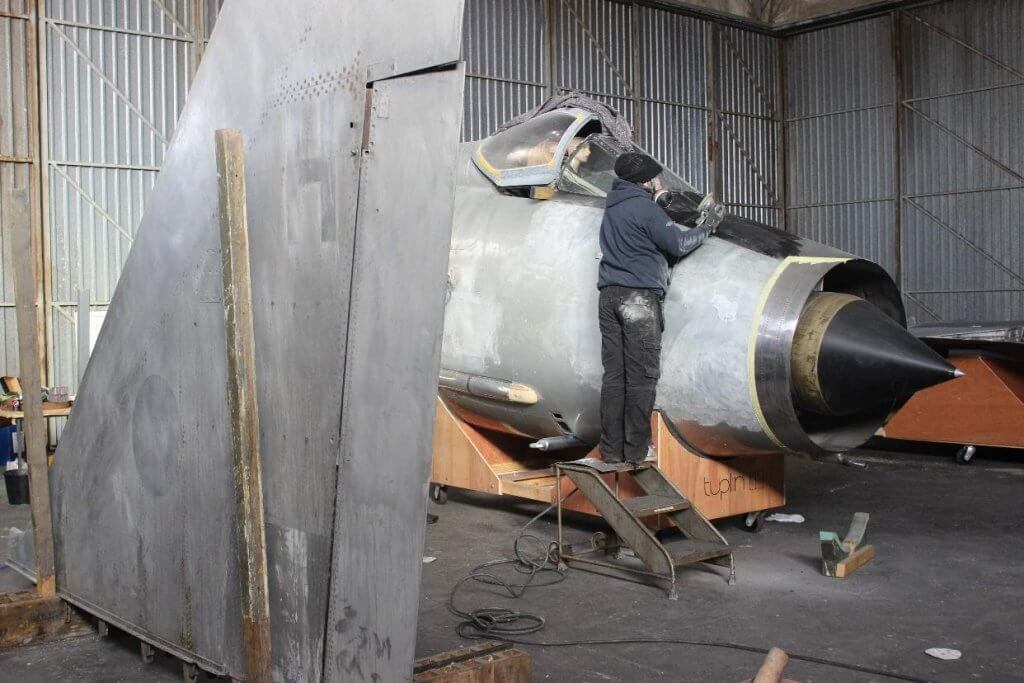 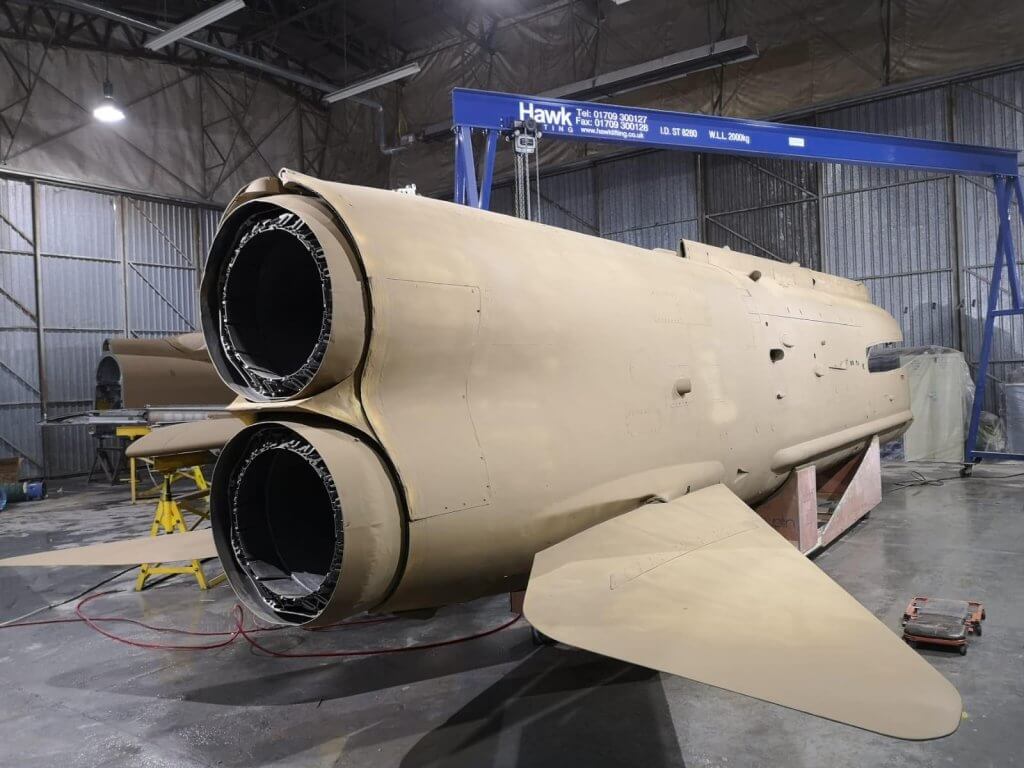 3. The application of high gloss topcoat colours to all skins and panels as required. 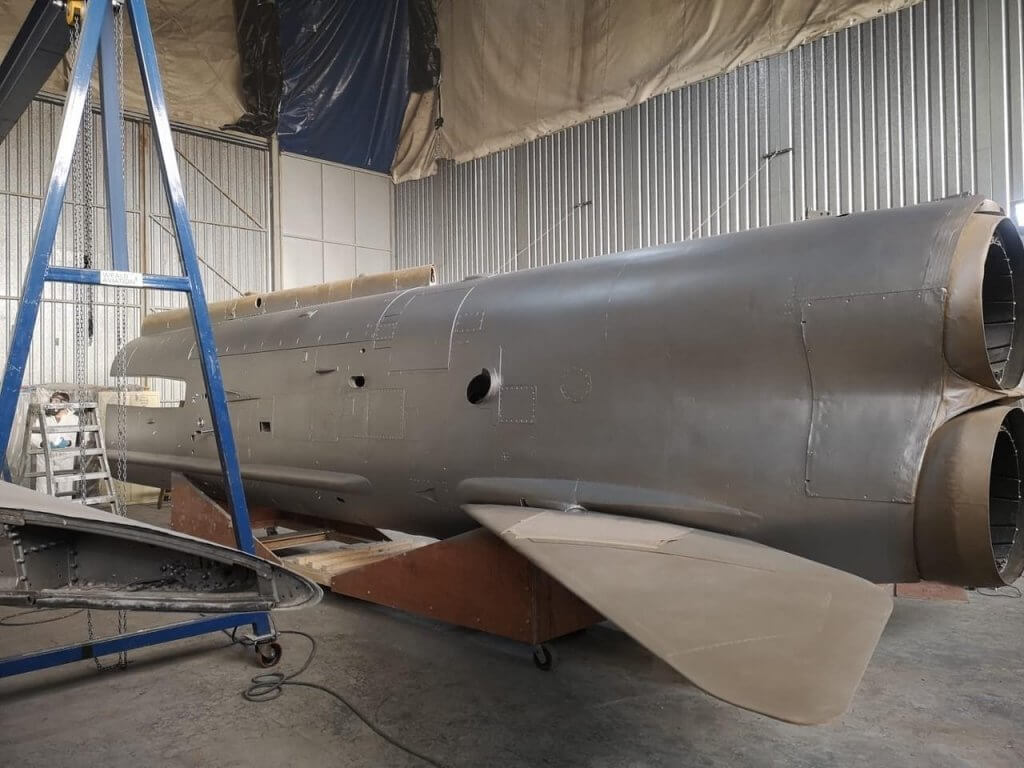 4. The application of all livery and squadron markings and stencilling as required. 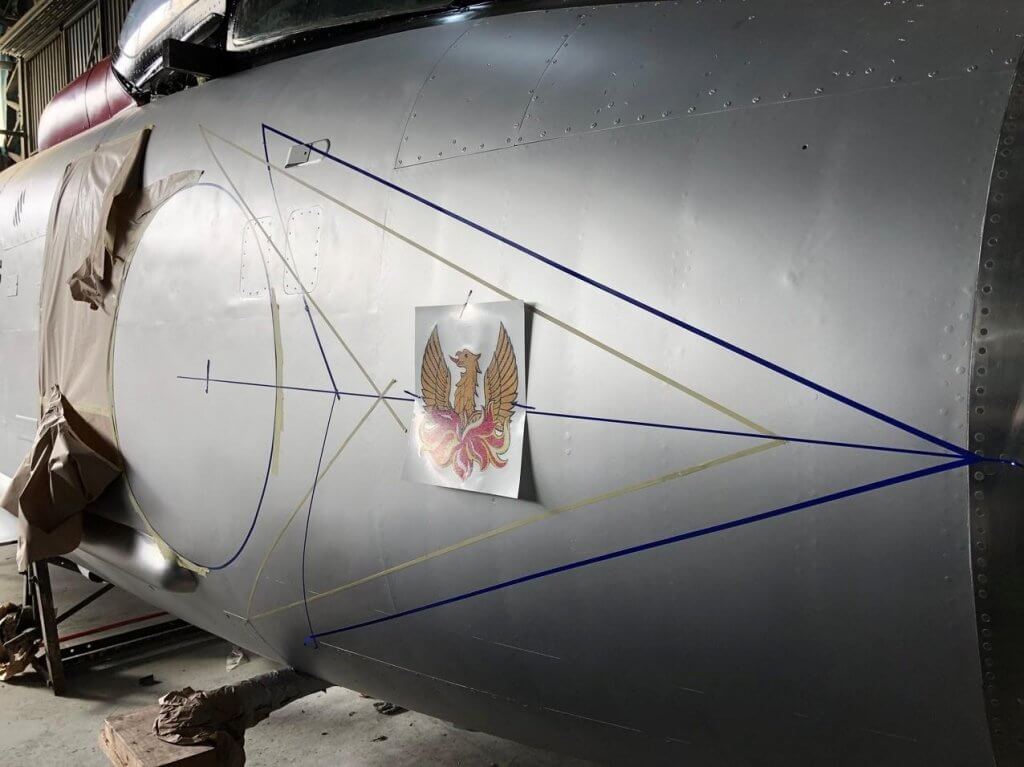 5. The final phase of high-intensity polishing and application of paint sealant. 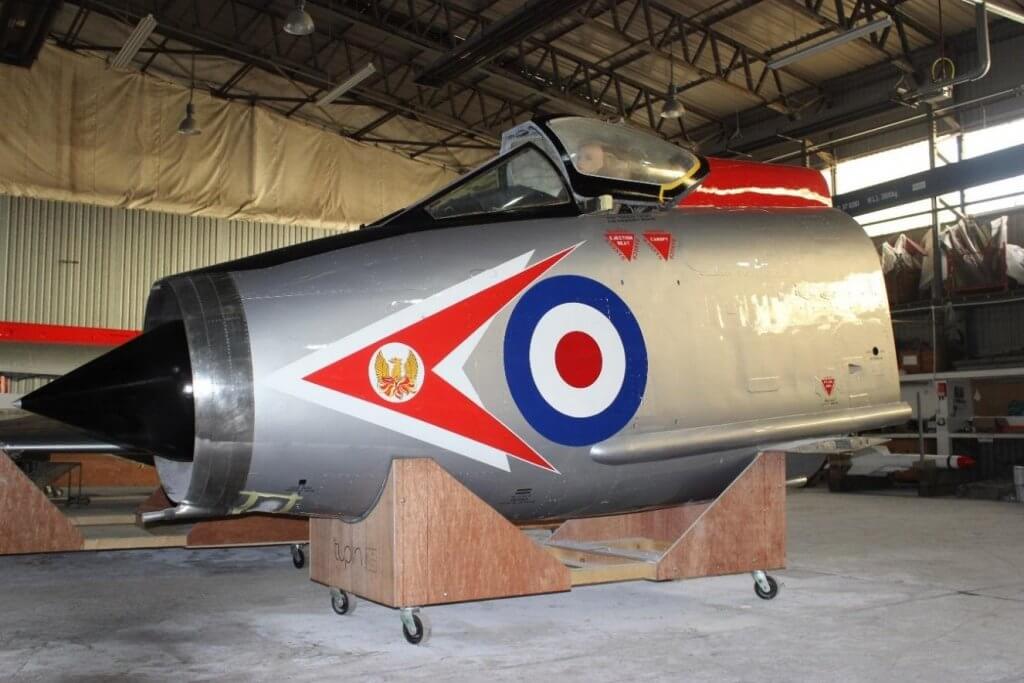 Max Waldron provided a detailed history of the airframe and, having realised that the XP745 was the only ex-56 Squadron F3 Lightning to wear the famous red and white-checked tails of the Firebirds, it was agreed that the Lightning should be returned to these colours. We chose to maintain the designation “H” as a nod to the time the aircraft was in 29 squadron. By coincidence, whilst the aircraft was being finished and wrapped, Weald Aviation paid host to Wing Commander and active personnel of 56 Squadron.

Storage isn’t just a hobby for us at Vanguard, it’s a passion. With decades of experience, we provide self-storage and storage units in Bristol – no matter what you want to store, we have a solution for you. Contact our professional team today for more details or to discuss your individual storage requirements. We’re always happy for people to come and visit our Bristol facility to see the Lighting XP745 restored and on display.