The 70th anniversary of of the D Day Landings recently dominated the news headlines. Over the next few months attention will switch to the ‘war to end all wars’, the centenary anniversary of the outbreak of the First World War.

It is estimated that approximately one million British and Commonwealth troops lost their lives and when estimates of other combatants are taken into consideration the total number lost is just quite staggering.

It is recognised that the introduction of the tank, which first went into service in 1916, played a significant part in bringing the conflict to an end. The tank had been championed by Winston Churchill and had been developed in secret before being rushed into service. Over the final two years of the war British heavy tanks went through various phases of rapid development. The British military, and tanks in particular, have been very much part of the McCullagh family history and it somehow seemed fitting to use a tank as the basis of a display in our tribute to this very significant anniversary. 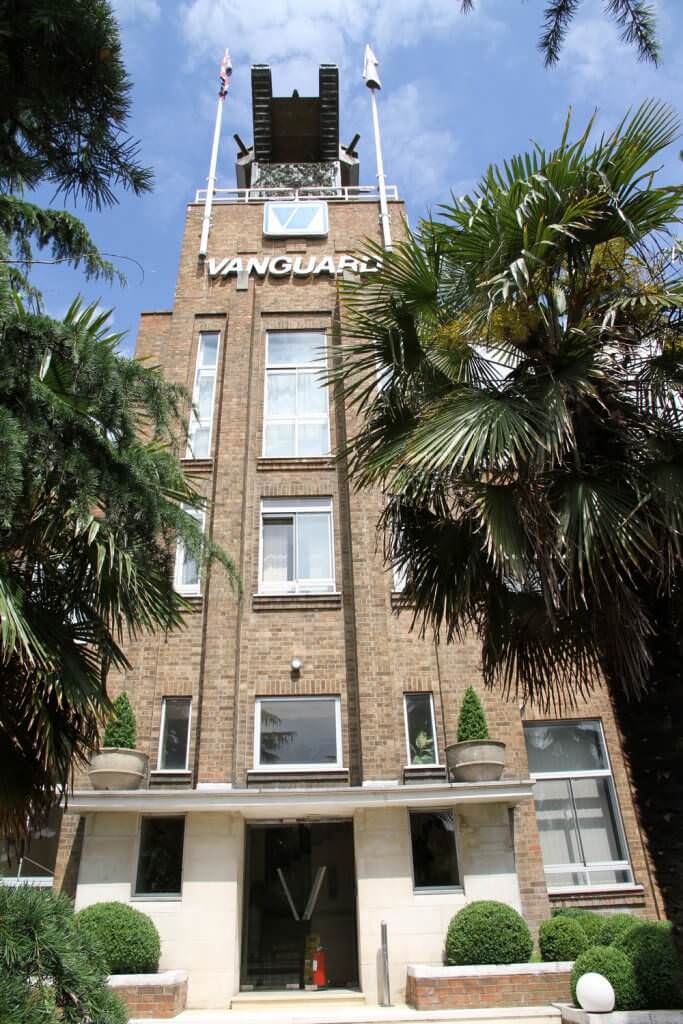 A precise replica tank was commissioned by Vanguard and last week it was lifted into position on the Vanguard Tower at our West London Storage Centre on the Western Avenue where it will remain on show for the coming months. This display reflects the ingenuity of wartime development, the bravery of those who served and most importantly our respect for the fallen. 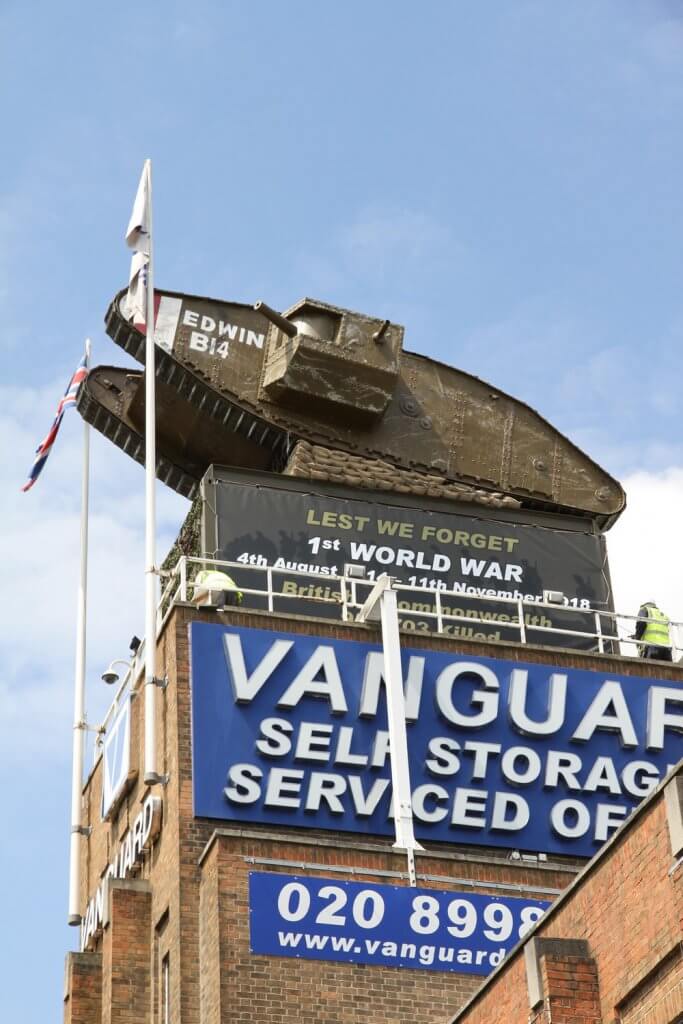